So Glad “Black” is Back! 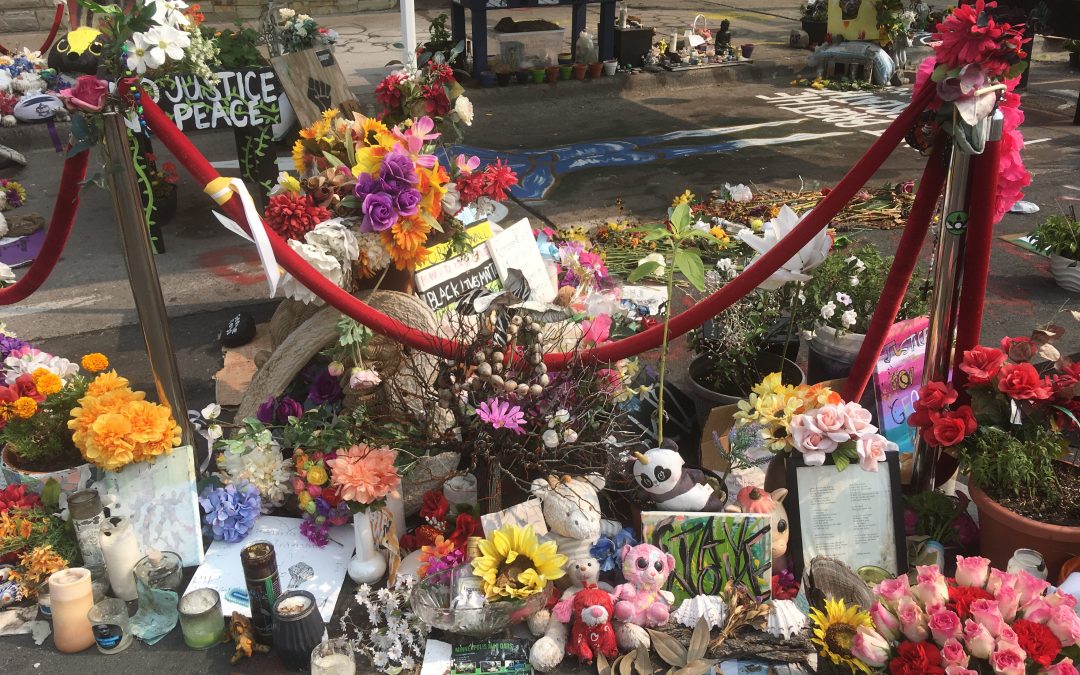 This is written from Minneapolis, city of George Floyd’s murder, where I live. It’s the site of a shameful, inexcusable crime by men who were sworn to protect, and it wasn’t our first unjustified police killing of a Black person by any means. But it’s also a birthplace of hope, amid all the suffering and uproar, because from here an uncompromising new justice movement has begun and continues to reach around the world. And while the news that Black people are regularly murdered by police was no surprise to most within that demographic, it has finally dawned on a whole bunch of White people who were either completely oblivious or just didn’t consider racist police murders a featured item on the current menu of disasters.

I’m a words buff, and since the killing, I’ve seen a pleasing change in the American lexicon. Have you noticed that “Black” is back? With the capital letter? I’ve been stubbornly using this for decades, though rarely seeing anyone else use it, at least in mainstream media. If you’re old enough, you may have watched the polite and standard U.S. word for descendants of Africans change from “negro” (at a time when “black” was considered insulting) to “colored” to “Black” to “Afro-American” to “African American” to “black” without the cap, and sometimes to “people of color,” while “colored people” remained offensive. (I kind of liked “Afro-American” but some folks decided it “sounded like a hairdo,” so out it went.)

As a 60s/70’s person, I associate capital-B-Black with the Black Pride movement, the sweet-sounding slogan, “Black is Beautiful,” and the James Brown song “Say It Loud, I’m Black and I’m Proud”. (“We’d rather die on our feet than keep livin’ on our knees.”) It also evokes, for me, heroes from W.E.B. DuBois to Marcus Garvey to Malcolm X (El-Hajj Malik El-Shabazz), a whole slew of writers, and some great movies that came later but had a similar spirit, including three master works of history, sociology, and the human heart: John Singleton’s thoughtful Higher Learning and Boyz n’ the Hood and Spike Lee’s towering epic Do the Right Thing. (To this I must add three more which make serious points mainly with humor: Brother from Another Planet, BlacKkKlansman, and Get Out.)

My only problem with capital-B-Black is that, as a fussy amateur grammarian, I have to resolve the equivalence issue: If I’m gonna write “Black,” I should right “White,” at least if they occur in the same paragraph. But for the rest of this discussion, I won’t. Looking at the nightmarish things Black people have suffered, from the constant drip of micro-aggressions and insults to across-the-board denial of opportunity, from the school-to-prison pipeline and the historical and ongoing theft of their labor to false imprisonment, murder, and torture, I think Black people should get the effing capital letter and white people can just do without it. (One of the saddest things I ever read was a scene from a James Baldwin book — The Fire Next Time? — or possibly Langston Hughes or Richard Wright, where a white man smashes a Black teen’s new bicycle with the comment, “Aint no n-word gonna have a bike that’s better’n mine!” The continuing random attacks, as well as the systemic abuse, are cruel, wasteful, heartbreaking, and just abysmally stupid.)

It’s astounding that Black individuals and cultures in the U.S have survived at all, let alone frequently thrived and triumphed, in the face of the pervasive gaslighting. Because the constant message for centuries has been, “You are suffering and dying because you are unworthy, not because my knee is on your neck.” And this is a lie, like beating someone till they bleed, kicking them into a muddy gutter, and then despising them for being dirty. The situation can be summed up in three phrases, now familiar to many around the world. “Eight minutes and forty-six seconds,” the time Mr. Floyd was held down. His last words, “I can’t breathe,” which eerily echoed the dying words of police victim Eric Garner. And Rev. Al Sharpton’s repeated variations on,”Get your knee of our necks.” At this moment, these things are still happening, the suffering continues. But will this be the beginning of a fundamental change? Are we finally waking up?