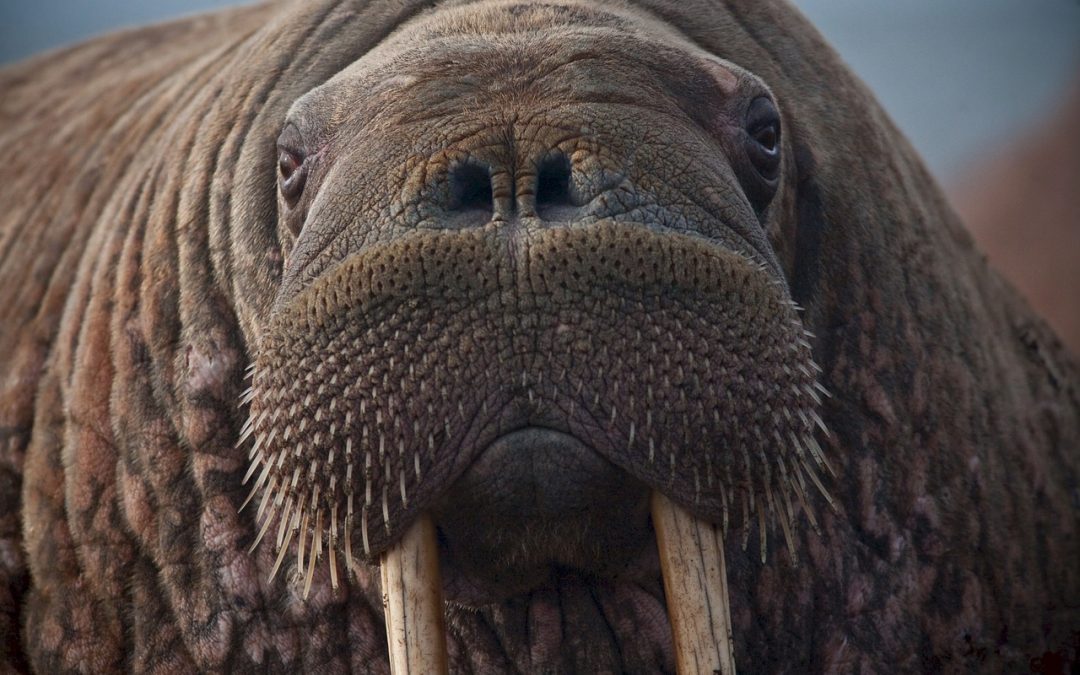 Baptized by a walrus, snuffled by an elephant . . . and don’t get me started on parrots!

If you’ve read The Book of Squidly Light or The Life and Times of Halycon Sage, you might know that I love animals. And earlier in life, spaced decades apart, I had sudden hilarious blessings from two enormous creatures of land and sea.

Sea World in California, circa 1997, a hot, gorgeous summer day. Our family — myself, John Hakim and the kids, then about seven and nine — attended a live melodrama acted out by marine animals. Seated on outdoor bleachers facing a large pool backed by a stage, the audience enjoyed a cheesy, tongue-in-cheek performance. I mean, you know how melodrama is anyway, now picture it with marine mammals. Most of the actors were seals, lively and hamming it up as seals do. The narrator was human. The story was an old-mansion mystery. Large and centrally placed on the backdrop was a gorgeously framed portrait of “Uncle Shmedly,” a walrus. As the play unfolded, seals sat here and there in the opulent living room, crossed the stage with signs, wore top hats or maybe a diamond necklace. I have a vague memory of one pulling a wagon. There might have been a big, waddling sea bird as well. The whole thing was quite funny.

At the climax of the drama, the narrator proclaimed, “Uncle Shmedly!” and a magnificent walrus entered, stage right. This creature was ENORMOUS. After watching the seals, our eyes had to readjust, like an astronomer turning his astonished gaze from Mercury to Jupiter. We were seated down front, in the second row. I was dead center. Uncle Shmedly — whom we later learned was a female walrus — sank beneath the water, slow and deliberate like a mountain sinking into the earth. She rose again with equal majesty, slapping two flippers emphatically on either side of her great body. Then she raised her magnificent head, opened her mouth, and blew about a bathtub full of water all over me. It went on for a while, everyone laughing hysterically because it was so unexpected. Little kids in front shrieked and jumped, trying to get into the spray, and people on either side of me caught a bit of it. But I, soaked to the skin, clothes and hair dripping, was that day’s lucky winner.

Sparks, Nevada (right next to Reno), circa 1963, the Golden Nugget Casino. They used to have two performing elephants there, Bertha and Tina, and you could see them at the dinner show. (Bertha was full grown, Tina was a baby.) Mom and Dad and I were there, and this being the Old Days, I wore a fancy kid-dress with a carnation corsage. Dad knew the owner — he usually did — and after dinner, as a special treat, we got to go up and meet the elephants. Enraptured, I held out my hand to meet a snuffly elephant nose. The huge rubbery trunk waved around my face and shoulders, so impossibly close and strange, and so alive. I was a touch afraid, but much more delighted and intrigued. And then she ate my corsage, right off the front of my dress. I stood still to help her. While the walrus was scripted, the elephant was spontaneous.  And apologies, pachy-ladies, I don’t remember now which one of you it was, because after a certain point, Tina grew up and she was big too.

There, that’s it. Don’t get me started on parrots.