No-Name Stupid Does Not Speak (But He Communicates!) 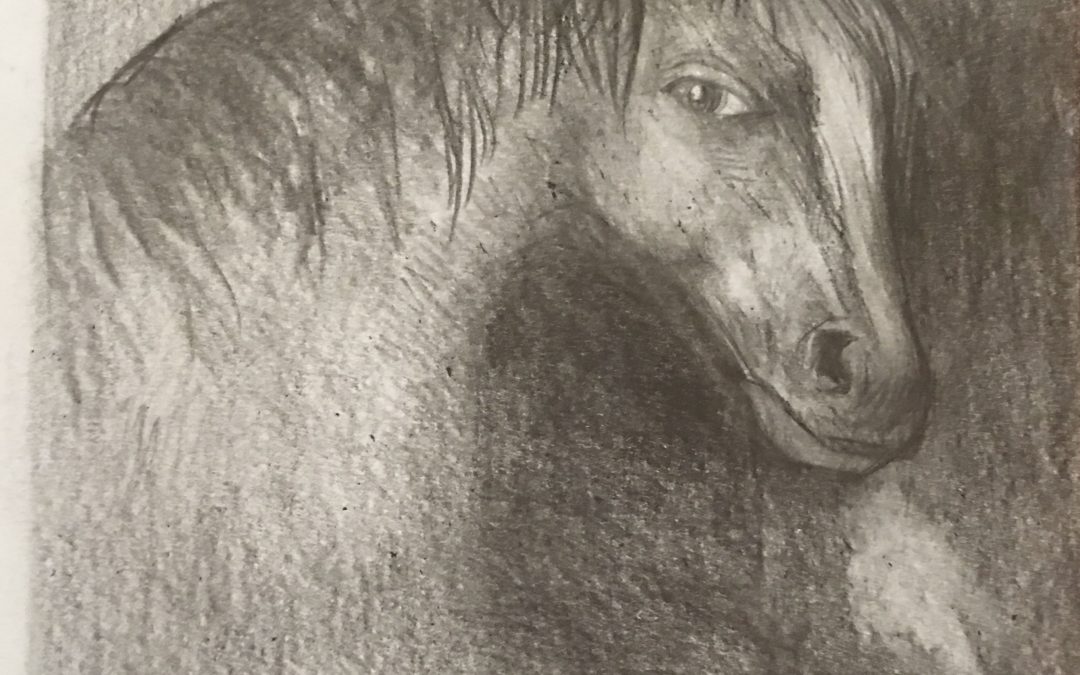 I’m not going to say anything. As you should probably know at your age, horses don’t talk. (Not meaning to seem condescending . . .)

Now if you were an eight-foot-tall sparkling alien Squid with really nice manners, it would be different, because they can talk and listen with their thoughts, and of course I do those things too. (They also appreciate poetry. See my short free-verse poem, “Resourceful Horse”, in The Book of Squidly Light.)

Horses over the millenia have sometimes tried to establish communication with humans, but this has largely been a failure.

Swift-as-the-Wind, reputedly a roan mare, painted horses on some cave walls in the Pyrenees mountains, and you have no idea how tough that must have been, biting off bits of leaves and berries, digging out roots, crushing them with hooves or crunching them with teeth, carrying and spitting out a mouth full of water, and mixing the resulting mess into a kind of ‘paint’. Hooves are not meant for this kind of work, believe me. And of course the actual application of the coloring to the walls was even trickier, doubtless done with the sensitive horselips*.

And what was the result of all her labors? The humans thought they had done it themselves, that’s what! And they think so to this day.

Someone else even further back in Eohippus days tried banging out a kind of morse code on a rock with his hoof, but the humans just thought there was something wrong with him. (By the way, this history is how I know about morse code; when the humans finally got around to inventing it, it was rediscovered by horsekind.  Again, see my poem “Resourceful Horse” in The Book of Squidly Light.)

Of course some humans, such as my friends Sage and Ruby, do have a knack for communicating with us, Ruby in particular. But I’m afraid this is intrinsic and cannot be learned.

So no, sorry very much, I will not be speaking to you today. But you did give me an idea for a new poem, so I hereby express my profound appreciation.

*BASE VASSELSCHNAUZER: One shudders to think how it must have tasted.
NO-NAME STUPID: Thank you, Basel. That’s very sensitive of you.

*Prospero’s Children, by Jan Siegel. “A piece of pure magic — a charming, powerfully imaginative work of fantasy which will enchant readers for years to come.”