Theosaurus: Most Ecclesiastical of Dinosaurs 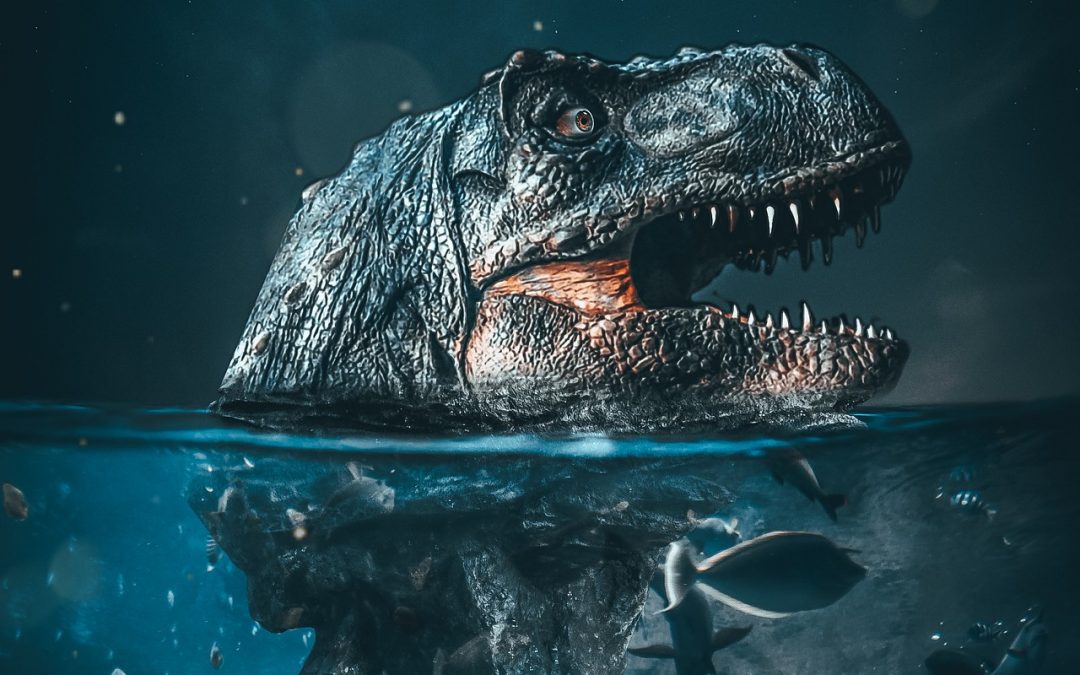 NOTHING IN THIS POST is meant to offend you whatever type of dinosaur you are, or even if you’re a mammal! Or a crustacean or something.

After frequently finding myself at the wrong web address while trying to access thesaurus.com, I have learned two things.

1. I cannot spell. Well, let me qualify that: I had to learn spelling to get out of court reporting school — otherwise I’d still be there 30 years later, stuck in permanent 250-word-per-minute hell — but I still have the instincts and basic nature of a truly bad speller. Perhaps this is my mother’s fault (as most things are), for thinking my early childhood spelling of our planet’s name as “rth” was cute and interesting.

2. There was something else going on here, some reason I kept winding up at theosaurus.com and feeling a pull, a sneaking temptation to buy that peculiar web address, because it was for sale.

And one day the knowledge burst upon me like a flash of light. Of course! It was a dinosaur! The theosaurus! I could see him, magnificent in his robe and miter and stole and whatever all those other things are called, holding that scepter thingumee. His silken robe is a rich lime green, embroidered with gold fleur-de-lis or some such configuration. Clearly the theosaurus is a high church, rather than low church, dinosaur! No speaking in tongues and loudly PRAISING THE LORD for this guy — “smells and bells” all the way**!

But a few days later — you know how synchronicity works, you get an idea and immediately thereafter you run into the same thing somewhere else? Ya know? Well, a few days later, what do I come across but this, upsetting all my theories about the nature and religious leanings of the theosaurus, or at least proving that there are several subspecies. I’ll share it with you roughly as I posted it on Facebook, in big letters on a deep turquoise background, because it seemed very cheerful to me, and God knows (literally) that we could all use a little cheer right now. To wit:

THERE’S A DINOSAUR BAPTIST CHURCH!
(“WHERE ALL ARE WELCOMED AND ALL ARE LOVED”. PRETTY COOL!)

Some conversation ensued, as follows:

M.H: Was it founded by a seven year old?

Karima: No, but the mind boggles, doesn’t it? Do dinosaurs GO there? And would they welcome not only gay dinosaurs, but Muslim, Jewish, and Hindu dinosaurs?

P.T: And both Saurapods and Therapods! (I should have mentioned theremins at this point, but didn’t think of it.)

M.T: I just remembered (vaguely) a [comedian’s name deleted***] remark about fundamentalism and the time frame in the Bible, something about Jesus removing a thorn from a dinosaur’s paw.

So, if you’re ever in Dinosaur, stop by and give ’em some love! And who knows: the theosaurus may be back here in future episodes or might even turn up in Book Three. Stay tuned.

*The theosaurus is camera shy and borrowed the photo of a more assertive friend for this article.

***Because, though funny, he’s too contemptuous for this venue, and because as acting Squid Empress here I say so.