From The Cat Mafia 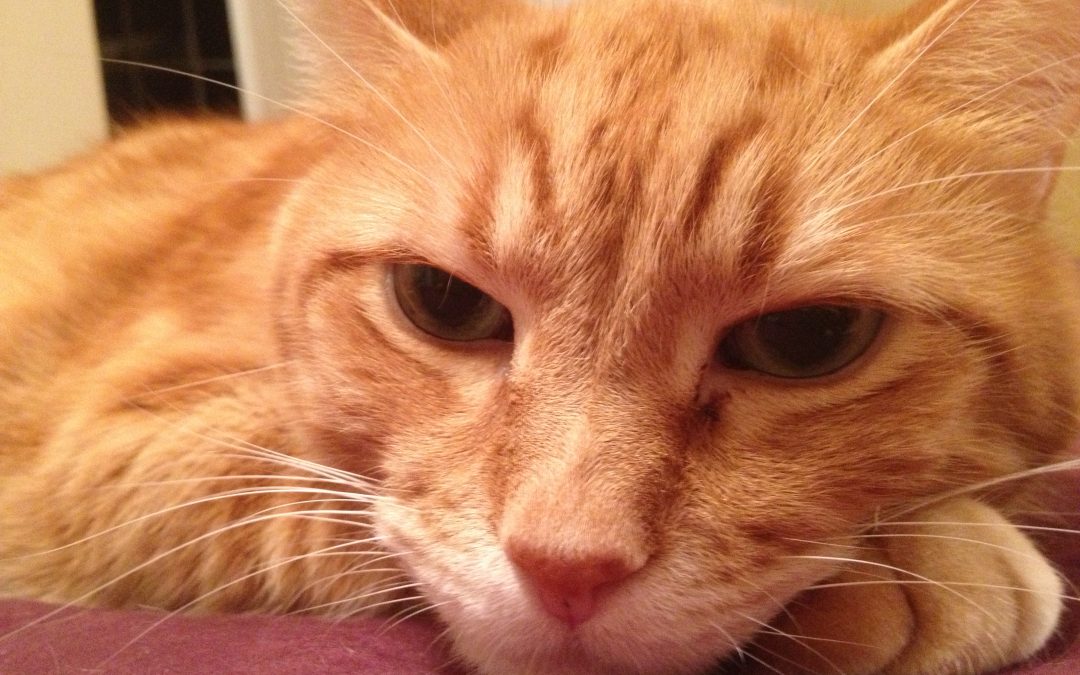 Fatty Lumpkin has decided he should be fed in the middle of every night, and has instituted Pavlovian training to that effect. Polite requests such as waking the subject/minion (me) with a direct look in the eyes and a pointed meow having failed, and there being no bell pull available, Fatty has instituted creative methods. The first go-to is walking around on the two dressers.  Since their surfaces are covered with clutter as well as an old- fashioned lamp, the threat of knocking everything to the floor provides considerable motivation. This method has a distinct Mafia quality. “You certainly have some beautiful things on your dressers, some breakable. It would be a shame if anything happened to them.” If this fails, moving and rattling the large, heavily framed picture directly above the sleeper’s head, presaging the possible precipitation of said picture onto said head, has provided a hitherto irresistible motivation.

I see that, in writing about F. Atty. Lumpkin, Esq., I have inadvertently adopted his style. Taking the pen [or keyboard] kindly but firmly from The Author, F. Atty. Lumpkin continues, wishing that if this story be told, it be told right. Fatty continues:

At this point in the nightly dance, I subtly introduce the idea into the subject’s mind that, once she is downstairs to feed me, there can be a cup of tea. My method of doing this is classified. My late lamented friend, Radar the Turkish Wondercat, would have understood. Night before last, for the first time ever, these methods failed for a simple reason I had not anticipated and could not have controlled: We were out of milk! The subject remained firmly in bed, refusing all threats and blandishments, adding the indignity of putting me outside the door (twice). Not wishing to lose the effect of weeks of training, I stepped in her ear. Unfortunately and accidentally, one of my claws was out, precipitating a loud howl from the subject and drawing first blood in this, our battle of wills. The error is deeply regretted. Also regretted is the fact that she never did get out of bed to feed me.