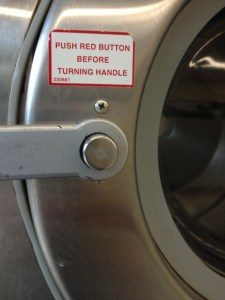 Nano Prime One stared at the apparition before him. Ordinarily the Nanobots went about their business systematically and without emotion, dismantling nuclear weapons, hand guns, gas-powered lawn mowers and fancy electric ice cream machines–anything not exempted by their eccentric inventor, Alexander Preisczech–with equal detachment. They were machines, and thus did not think, wonder, deviate or speculate. And they were all alike, millions upon millions of them. Until one fateful day.

Nano Prime One stared at the apparition before him. God knows (literally) that to make a creation come alive as an independent entity capable of free will, a shock is required. Even Dr. Frankenstein knew this. A shock, physical, psychological, emotional or metaphysical. Something to wake the entity up, to shake it out of its trance of thingness. Those who know speculate that the trigger was the coincidental involvement of Red and Silver. For the Nanobots themselves, though microscopic, were Red and Silver, as anyone who has read the Chronicle* can testify. Long before the photo above was taken or contemplated, the Nanobots were Red and Silver.

God Most High knows, and Dr. Frankenstein knew, and the adepts and dabblers who unwisely attempt  to bring the inanimate to life know, that a shock is required. Cast in a positive light, this shock is called Satori, Awakening, Enlightenment. Knowing all this, regard the photo above, and consider its possible effect on an innocent, nameless Nanobot, one of millions upon millions, merely minding its mindless business and taking apart all the machines in the world. To be continued.