Why George the Tree? It started with “Messiah”! 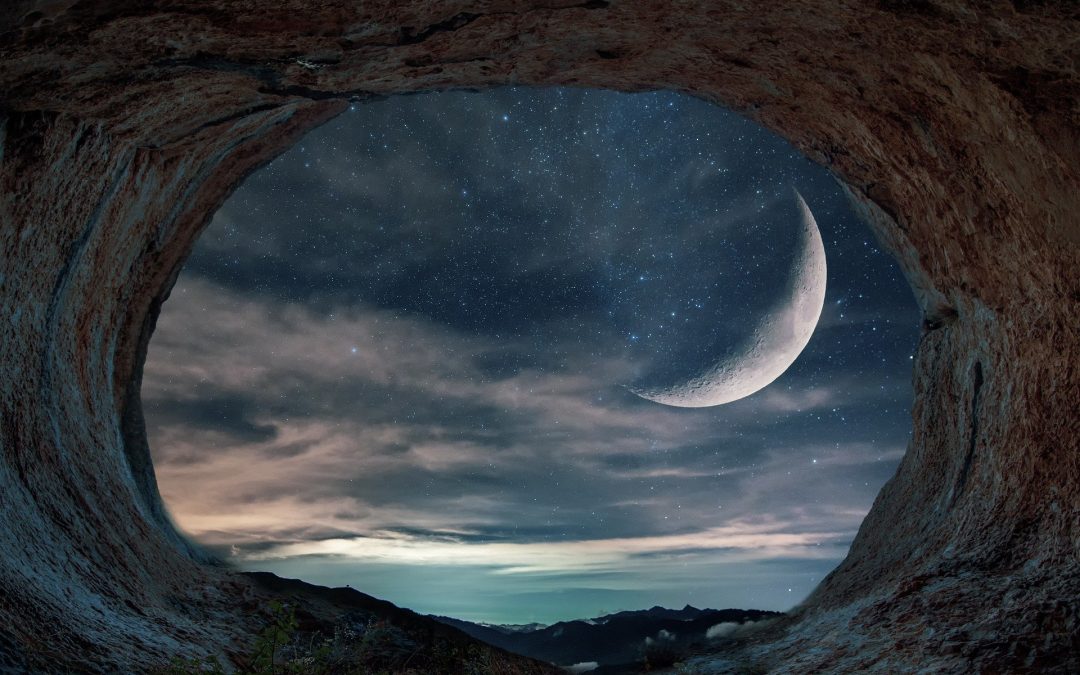 When I watched Netflix’ Messiah, an aspect of one review surprised me. They said we’d see it through the eyes of a female CIA agent and an Israeli interrogator. Heck no! I didn’t identify with either of them for a moment! I saw it through the eyes of a huge, streaming group of foot-traveling refugees and a crowd of evangelical truck drivers from Texas.

As a Muslim, I don’t do the whole “Son of God” thing, but we do have Jesus as a prophet (the highest human rank in Islam), a return of the Messiah with a companion called the Mahdi (or Mehdi) and an anti-Christ figure called the Dajal. The title character is played by Mehdi Dehbi (interesting coincidence) with “brilliance and sensitivity” or something like that — can’t find that review now. He appears, by turns, like: Jesus, some random nut, a con man, a holy madman (very familiar to Sufis!) an unholy madman, and, yikes, that guy with all the eye makeup who played the pirate. And like a few others who commented online, I really wanted him to be the real thing! (No spoilers, and I think it’s still in doubt at the end, no matter what some Internet Persons have opined.)

Why did this start me wondering, “Would a nonconformist raised by a nonconformist thus be a conformist?” Well, if you’re trained to make your own decisions and go your own way, the only way to conformingly ‘please Mommy’ is to be a rugged individualist, which is a really silly state of affairs. I believe if some coherent culture with more than one person in it had been offered to me, I would have happily complied. In fact, I might easily have the truck, the gun, the dog and maybe even a funny hat. This is an important thing to realize right now in the U.S. when we’re so divided and it’s so easy to dehumanize the other: Brought up differently — talking to both sides now — “we” could easily be “them”.

Three of the most comfortable episodes of my life have involved walking or sitting in a stream of humans, all touching, all moving together. At an amazing Jungian Institute “psychology weekend” years ago, 40 or 50 humans walked slowly, all touching, eyes closed, in a large empty room as part of an exercise. You couldn’t hurt yourself because the pace was so slow, there were no obstructions, and we were all gently packed together, moving as a herd. We were supposed to imagine ourselves as drops in a river, and for me it worked.

Years later, when my family went to the Minneapolis airport on a winter midnight to pick up two Tibetan refugees,  I got ahead of the Americans, who were walking in twos and threes, and became embedded in the cohesively-walking group of Tibetans. Like the river drops, we walked in close formation, touching, moving together, and for me, this was joy and peace.

The last setting was a Somali zikr, a room full of women packed together and touching, with no embarrassment or nervousness. It was so natural. Once again, I was home.

And a triumph of family life, never to be repeated: the time I stood up from a long Chinese restaurant table in my home town of Reno and realized that these people were all my family and there were 19 of us! Nineteen family members! Again, I felt that great sigh of relief, that sense of belonging. Imagine this for a person raised in the most nuclear of families — aunts, uncles, cousins and grandparents far away or dead, brothers and sisters separated from me by the strange winds of divorce so I hardly knew they existed till I reached my teens. It was never to be repeated, as the Reno family is in fragments — A won’t talk to B and C won’t be in the room with D — but like the above experiences, for me, it was home.

Moving from the sublime to the ridiculous — did you know that quote was from Napoleon? — my feelings could be summed up with a bit of dialogue between Firesign Theatre’s Porgie and Mudhead, a 60’s mind-altered Archie and Jughead duo. The two are discussing their plans and ambitions for post-high school.  One option I remember was, “Live in a tree and learn to play the flute!” If you’re from the 60s and 70s, you’ll know that this kind of thinking was not nearly as unusual as it sounds now.

Porgie: Aw gee, Mudhead, you gotta have a plan! Whaddaya want to do with your life?

Mudhead: I want to find some guys that dress alike and follow ’em around.

P.S. But there has to be a balance: When your group starts doing something evil, it’s time to resist or leave. Because we don’t want to be Germany in 1939, do we?