Working Title: This Book is Not Called, “SQUID!” 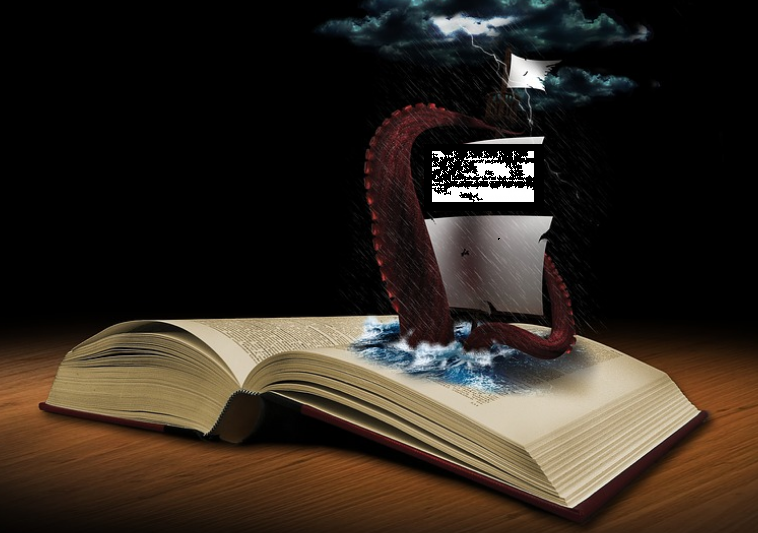 Great, another terrible title. This is the new book, rapidly nearing completion. The title is an in-joke, and it’s quite funny, but also a very stupid idea for a title, because to get the joke, you have to have read the book, and if the title doesn’t attract anyone because it’s a terrible title, nobody will read the book and nobody will get the joke and buy the book . . . is time travel involved here? I’m getting confused . . .

I’m going to explain the in-joke right now, because I’ve lately realized that, while the obscure, odd, and referential jokes in the first book are an occasion for sudden waves of delight and huge bursts of laughter from some people, for others (equally intelligent, but who maybe have not read the same things), they produce bafflement, irritation, a feeling of “being talked down to” (a friend actually said this) and a suspicion that something just happened but they have no idea what.

The classic example of this problem is the last name of Halycon Sage’s sidekick, which is Preisczech. This brilliant but troubled Slavic inventor suffers bouts of paranoia because strangers in the supermarket keep calling him, usually over an intercom. Somehow, they always know his name. He has tried switching supermarkets, but to no avail. Finally determined to face his demons, he presents himself at the checkout counter, “palms sweating, fighting for control.” The bored clerk rejects him utterly. Preiczech’s conclusion at the end of the scene: “It was some government, he knew. They had found him, and they were trying to break him down.”

Now, you will either find this mildly hilarious or completely pointless depending on whether you have realized that the man’s name is pronounced “Price check.” As a song once so eloquently said, “Woot, there it is!”

Since this is already too long, all these title problems will be explained (along with the in-joke about Squid) in Parts 2 and 3, coming soon to a theatre near you (or on this blog).  Sayonara.